We had a real life miracle happen in our family this last week.  My sister is pregnant with twins and got an ultrasound last week that showed that baby B (or the one that will come out last) had VSD (ventricular septal defect); basically, a hole in her heart. The hole was so large that the Dr. said there wasn't really a chance that it would close on its own like some VSD's do.  It was also at greater risk of having Down Syndrome or Trisomy 18 because she also had cysts on her brain last month.

My sister would probably need to get amniocentesis (which has a small risk associated with it for the babies) to know for sure whether the baby had a chromosomal disorder, and she'd need to visit a cardiologist to learn what this hole meant for the baby now and once she's born.

We had a family fast (learn more about fasting here) for baby B and for my sister's family as they learned more and made decisions. We prayed for them and I know I at least prayed that if possible, the Lord would close up that hole.  Some of my nieces and nephews even participated in the fast with such great faith and determination it was so inspiring.

My sister visited the cardiologist about a week after the ultrasound where they found the hole. When the cardiologist did another ultrasound he searched and searched and couldn't find a hole. He said if there is a hole, it's so small that it's not really something to be concerned about. And the heart definitely did NOT look like a down syndrome heart or as if it had any other abnormalities.  The cardiologist will do an echo cardiogram when the baby is born just to make sure, but he was really positive about the situation.

We all know that this wasn't coincidence or a mistake on the part of the first Dr. Mom and my sister saw that hole and now it's pretty much gone.  That's a real life miracle and a sweet blessing that came in part because of the combined prayers and fasting of many faithful people. I can't wait to tell my children about this and teach them the blessings that can come from prayer and fasting.

I was Merida for Halloween (from Brave) and my dear Watson was originally just one of the Brave guys...but it kind of morphed into Bravehart as more and more people thought that's what he was :). 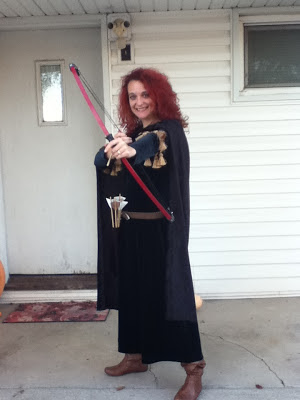 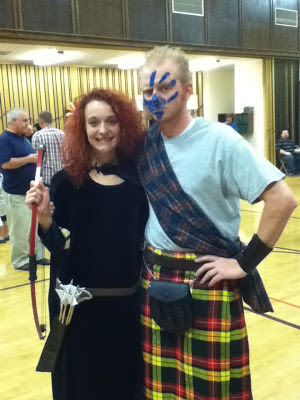 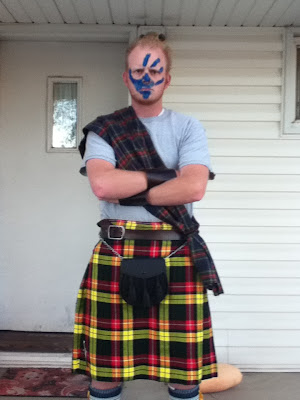