Trying to copy Costco's All American Chocolate cake (not the way it looks, just the way it tastes). This was for my Dad for Father's Day.  The cake was really rich and delicious. On the inside there are 4 layers with a ganache filling in between each one.  The side things I made by melting chocolate and spreading it thin on a pan, sticking it in the freezer and then breaking it apart and gluing on with frosting. 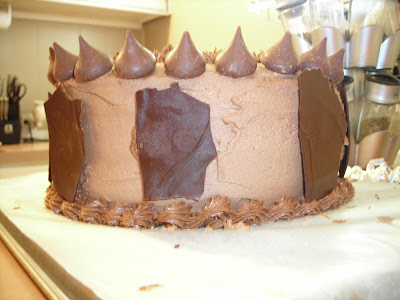 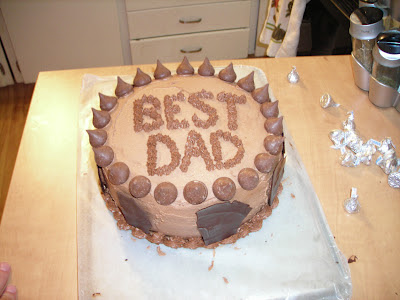 This was a birthday cake for my nieces (and my father-in-law :)). The inside is 4 layers with blueberry vanilla mousse in between each layer.  I dyed the cake purple and hot pink, so the layers alternate. 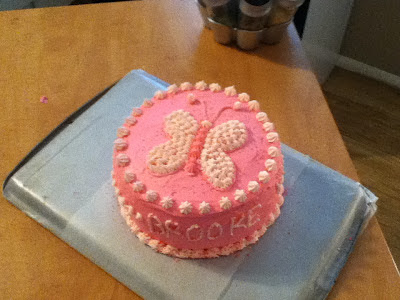 This was a coconut cream pie I made for a Memorial Day celebration. It was kind of an experiment (I've never made a custard pie before) and it turned out delicious!  I would make this again in heartbeat. The  crust is made out of coconut mixed with butter and baked until golden brown. Then you pour chocolate chips over top and smooth it all around as it melts.  MMMMMMM. 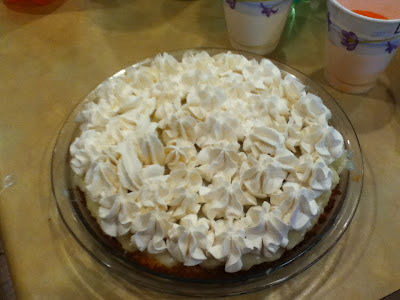 Update on the Knee:

I got an MRI and all it showed was a lot of fluid and adema surrounding the IT band. I decided to take prednisone, an oral anti-inflammatory steroid.  It was the worst 2 weeks ever. I didn't sleep well so I was always tired and had a perma-headache; AND, it made me super emotional.

I've tried all sorts of different patches and creams. I got a TENS unit which sends pulses through my knee and apparently helps reduce inflammation. It's a really uncomfortable feeling.   My athlete friend recommended a local physical therapist/sports medicine guy, so I decided to try him out instead of the doctor I've been seeing.  My first visit they kept saying how tight the IT band was (which is CRAZY because I hadn't done anything more than walk on it for 2 weeks).  They gave me some stretches to do at home and told me to come back in a few days.  Surprisingly, the stretches really work. My pain has decreased significantly and it was a lot less tight when I went in the second time.

The PT told me I can start doing 20 minutes on a stationary bike and mild to moderate intensity--in the saddle the whole time.  I tried it out today and it didn't hurt a bit. I can't believe how just doing the right kind of stretches has made such a difference. Now most of my pain is just below my patella, not at the IT band. I guess that's good and bad.

My dear Watson is doing a 3 week CNA program right now. I see him when he drops me off at work in the morning, and then don't see him again until 10 pm. It's so sad.