A Year, a Fish and some Cake

Today my dear Watson and I have been married for 1 year.  One whole year.

To celebrate, we went back to the Oquirrh Mountain Temple where it all began.  Then we went to IHOP for lunch--which has no sentimental significance, we just hadn't been there for awhile and that was our choice. Then we went fishing at Deer Creek.

I loaded my hook with a big fat juicy worm and went to sit down in my chair which was placed in as much sun as possible. I like to try to get a tan while I fish.  I cast my line out and then reeled it in a few times. I was looking around in my bag for something and when I looked up, I couldn't find my bobble (a bobble is the round red and white thing that helps your line float. I call a bobber and my dear Watson calls it a bubble so often it comes out of my mouth as a bobble).  I felt a few tugs, but I was trying not to get too excited lest my excitement made the fish at the end of my line turn into moss or a stick or something.  My dear Watson yells "you got one!" and I start reeling in, still a bit in shock.  I was expecting the experience of catching a fish to bend my pole in half because the fish was so hard and heavy to reel in.  It wasn't that hard at all so it was just hard to believe I actually got one.  The fish was only about 8 inches long and it slipped out of my dear Watson's hands before I had a chance to take a picture; therefore, it's as if I never caught it.  But what luck! That was our first fish of the season. Such a fun Anniversary gift.

We didn't catch anything the rest of the evening. Well, that's not entirely true. My dear Watson caught 2 tiny fish. He saw the fish swimming close to him so he dropped his pole in the water and moved it around their mouths until they bit :).  He was testing which kind of bait they liked best (worms). They were like 3 or 4 inches long.

The only part of our wedding cake that was real was the top tier. We wanted to freeze the top and eat it on our first anniversary. My dear Watson remembered before I did and surprised me with the top of our cake. We had a piece of it today and I thought it was actually pretty good.

My dear Watson got me tickets to Rascal Flatts for our anniversary (they're coming in September), and some jewelry. He even fixed my favorite pair of earrings that I had thrown away because they broke.  He dug them out of the garbage and made them look better than new.

I got him an ipod touch. Let's just say, he was excited. That little piece of technology is amazing. I took a picture of our cake and emailed it to myself...just.like.that.  SO cool.

Well, Happy Anniversary to us. I love being married to my dear Watson. We have such a fun time together and he always makes me laugh. Thank you my dear for being the best husband in the world! I love you times a million plus one more than you can ever say! 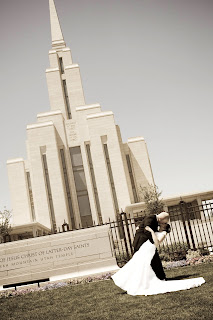 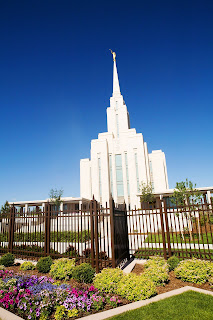 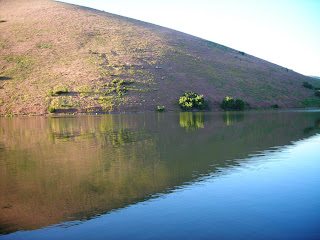