So about a month ago I was running to mutual (literally running because my dear Watson had class), and it was dark, so I was kind of running fast. I'm afraid of running in the dark. All of a sudden the arch of my left foot started hurting so bad I had to stop running. I hate walking. I rested for a day, then tried again. I couldn't run more than 50 feet (I probably had Plantar Fasciitis...it's common in runners).

I spent the next week running 1.5 miles (instead of 3) and then doing 15 minutes of cardio on a machine at the gym. I thought this might help my arch heal.  Then I ran 15 miles and it kind of hurt, but not enough to stop.

The next week, I started having issues with my right knee...my diagnosis was probably IT band (that's common in runners).  I could run about 1.5 miles and then it would hurt bad enough that I had to stop. So I spent the whole next week doing cardio on machines only, thinking this would heal my IT band.  Then on Saturday I was supposed to run 17 miles.  After mile 2, my IT band started hurting again.  I decided maybe if I kept running it would go away.  Then after mile 4 I realized this pain was not going to go away, so I just decided to run until my leg fell off.

I've never been in so much pain. It felt like my whole leg was on fire, and then sometimes like someone was cutting my muscle with a serated knife.

After 11 miles, a lot of funny breathing to help me relax, and a lot of tears, I finally couldn't put any weight on my leg anymore. I was hysterical: I knew I wouldn't be able to run my marathon, I was worried about surgery and all sorts of things. Plus, I just love to run and I haven't been able to run for real for 3 weeks, AND I was in so much pain.

I called my dear Watson and he picked me. I spent the next couple days limping, and then saw a Sports Medicine doctor.  Turns out, it is the IT band. I have good alignment, my x-rays looked great, so it's just a really inflamed IT Band probably due to running funny when I was trying to compensate for my gimp foot.

They gave me a cortisone shot and I have made huge improvements every day.  They said by 7 days after the shot I should be good as new, and I can start training for my marathon again.

I couldn't believe it.  I'm still in shock that every day I feel less and less pain and that I'll be able to run a marathon in 2 weeks even though I was in such excruciating pain just last week. 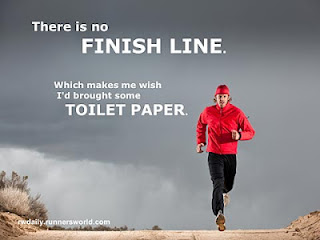 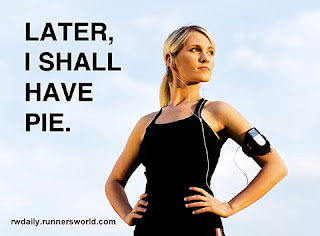 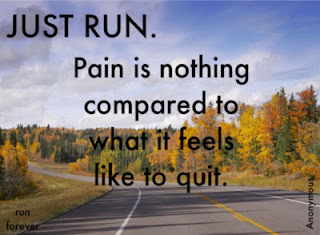