Once, I set out to make the cutest little baby shoes out of an old purse I was done using.

I carefully took apart my purse and cut out the patterns.

I sewed the straightest lines I've ever sewed, because I was giving this away as a gift to a non-relative so I figured they'd be less forgiving of mistakes.

I got to the part where I would sew the strap on the shoe (think Mary Jane's) and realized something had gone terribly wrong.

The shoe was barely big enough to fit a newborn.  It probably wouldn't even fit most dolls. 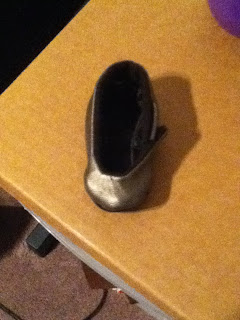 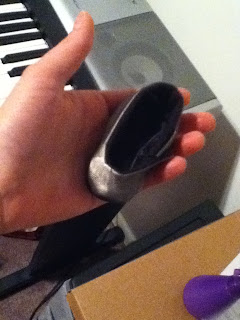 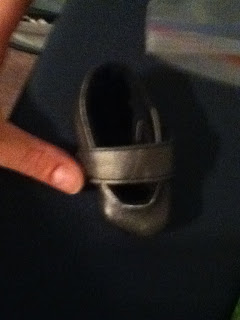 The strap is the right size, see how much bigger it is compared to the shoe?

Apparently the lady who put this pattern on her blog had some imaging issues, so when we printed the pattern out it was actually much smaller than what she had intended.  I saw this as an update on her blog, but it was updated in 2009, so I figured I definitely had the right pattern.

It actually wasn't as upsetting as my other sewing projects gone bad, because I still made a really cute looking shoe. I did it right the first time, no seam ripping!

I am sad though that I used all the fabric from my purse, so there's nothing left over to try again.