Friday was Friday the 13th. Creeeppyyyy.  We made pancakes for dinner, just to lighten the mood.  We didn't see any black cats or walk under any ladders. As far as I know, neither of us opened an umbrella indoors, so I think we aren't cursed.


My dear Watson is an excellent pancake flipper. I was very glad to have him helping me in the kitchen that night, because let's just say....it was not my night.  I dropped a cup of milk ALL OVER the place in the process of making this dinner (I never realized how sticky milk is...it's like glue!), and then somehow I flipped the spoon I was using to stir the boiling syrup up on to my arm. OUUUCHHHH. Don't be like me.


My favorite recipe of the week (meaning last week, if you consider Sunday as the first day of a new week), is the delicious syrup we topped our pancakes with.  Of course,  the pancakes were made from scratch too, but I am still on the hunt for the perfect pancake recipe, so I'm not sharing that one.

I don't know if this is really Canadian. I got this recipe from someone in the Print and Mail department at BYU. They hosted a breakfast and served up this syrup.

In a small saucepan, stir together the sugar, corn syrup, water and cinnamon. Stirring constantly, bring to a boil over moderate heat. Boil for 2 minutes. Turn off the heat and very slowly stir in the whipping cream. The longer it sits, the thicker it gets.


The best thing about this is that you'll have some whipping cream left over which you can whip up and use to top your pancakes.


Here's what the syrup looks like in the pan: 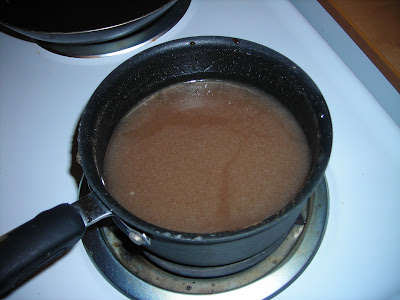 And this is what it looks like being drizzled on the pancake: 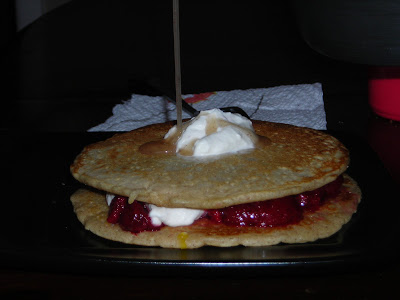 And this is what it looks like after it has dripped along the sides of the pancake, filling all the little holes with cinnamon-y goodness. 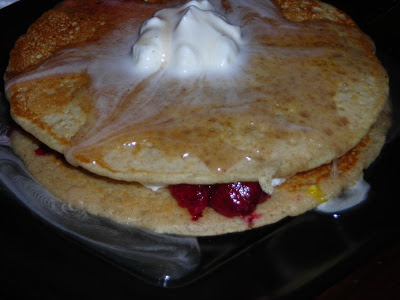 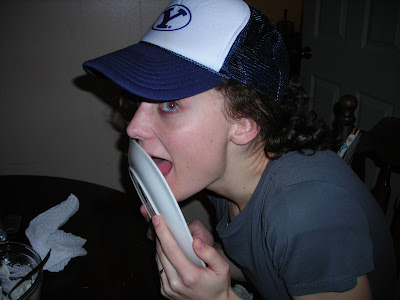 This is what you missed out on Brent and Sandi :).
Posted by Abby Watson at 12:55 PM