I think I might be the Queen of all things involving tortillas. My go-to meal is almost always Tacos or Breakfast Burritos.  A favorite snack of mine is half a tortilla topped with a little bit of peanut butter and a sprinkle of brown sugar. Put it in the microwave for 15 seconds....GOLD!  (I learned this from some friends during my study abroad in New Zealand).

Anyway, this week's recipe (oops, did I skip last week?) is Teriyaki Chicken Wraps.  There used to be a food place around here called New York Burrito. Perhaps what New York Burrito is most famous for, is the other end of the restaurant: a little ice cream place that uses liquid nitrogen to freeze the ice cream right before your eyes.

Anyway, I always ordered the same thing every time I went, and in fact, I craved it often: Teriyaki Chicken Burrito. Apparently it was the only good thing on the menu, because no one else liked the place and it finally shut down.  Now, it is just Sub Zero Ice Cream.

Anyway, this recipe is a mock up of the New York Burrito Teriyaki Chicken Burrito--only I call it a wrap instead.  If you don't like tortillas, just cook the chicken and serve it over rice or on a bun or something less cool.

Put chicken in the crock pot. Mix the brown sugar, teriyaki sauce, pineapple juice and dry mustard in a medium bowl, pour over the chicken.  Cook on low for 5 ish hours. Shred the chicken. Build your wrap using the tomatoes, lettuce, black beans, rice, a dollop of sour cream (this is how they did it at New York Burrito...the sour cream is a delicious addition), and a little extra Teriyaki sauce from the crock pot.

In order to REALLY be like New York Burrito, serve chips and salsa on the side. 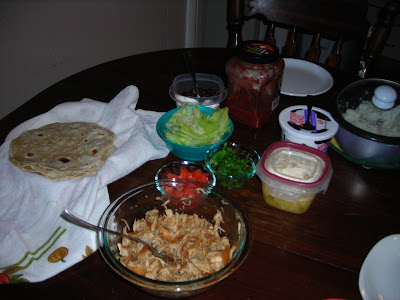 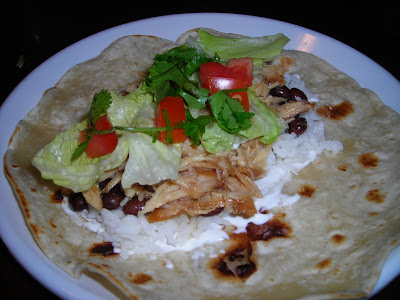 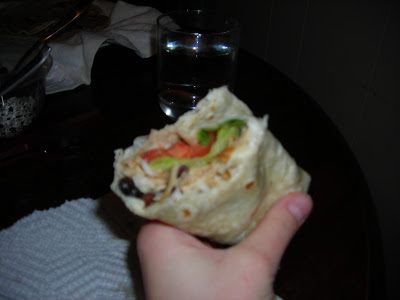